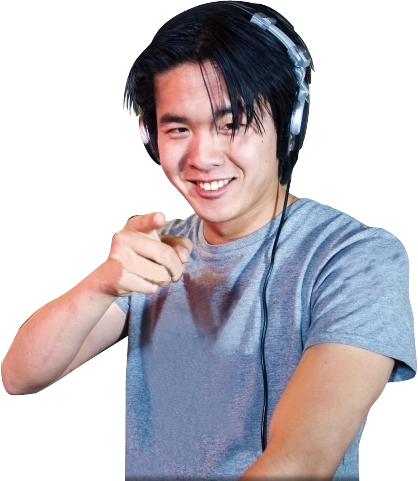 DJ Kason is based in Singapore and is a versatile disc jockey who started spinning since 1992. Also known as DJ Kaze in the industry, he is one of the best ballroom DJs and highly sought after in the dancesport community for special ballroom dancing events like social dance nights, club contracts, parties, dinner & dances, ballroom dancing championships and much more.

Kason’s love for music began at an early age when he was exposed to a vast variety of music as a child. He enjoys music in his teenage years and started playing part-time during his national service in mobile events as well as pubs at the age of 17.

At the age of 19, he turned professional playing music at mobile events. Whether it’s a Dinner & Dance, Seminar, Birthdays, Theme Parties, Weddings, Road Shows, Sports Events etc…, he has done it all.

Kason began building his music software library and has been known by many for carrying a huge luggage of CDs for his events. His repertoire base is filled with selections from every genre of music to suit any occasion and theme.

In 1998, Kason started to cater to the niche but growing Dancesport community by specializing in Ballroom, Latin and Social Dancing music. He started with a basic set of CDs playing full-time at a well-known ballroom lounge in Singapore and experimented with his taste by playing his chosen selections and mixed creations for anyone or any ballroom dancers who would listen & dance.

In a span of a few months, he honed his natural given talent for selecting and playing music by working as a Ballroom DJ for local events, dance studios and clubs and thus earning his well-known moniker DJ Kaze. His genuine love for music has allowed Kaze to utilize his passion to master the complex art of positively influencing a group of people through masterful programming because he truly understands academically as well as emotionally how music affects the overall tone and ultimate success of any event.